IS kidnaps 127 kids in Iraqi Mosul to train suicide-bombers

Kurdistan Democratic Party spokesman claimed that 127 children were kidnapped by the Islamic State fighters in the Iraqi city of Mosul. 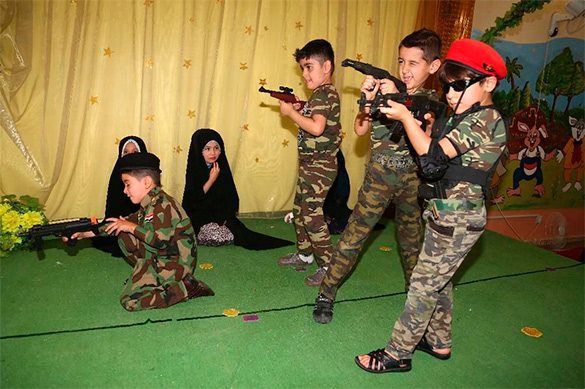 Terrorists have managed to kidnap a lot of young residents of the city aged between 11 to 15 years for the last few days.

According to the Party spokesman Saeed Mamouzini, the exact location of children is unknown. As he added, the fighters train teenagers in their camps "on the use of weapons and implementation of terrorist operations."

He also noted, that father of one of the kidnapped boys killed two terrorists, having tried to save his son.

Pravda.Ru reported that Maria Zakharova, official representative of the Russian Ministry of Foreign Affairs claimed that the Islamic State terrorists got access to documents on chemical weapons production.