The "witching" traditions, which are still strong in some countries of the Central America, lead to absurd deaths of local residents. 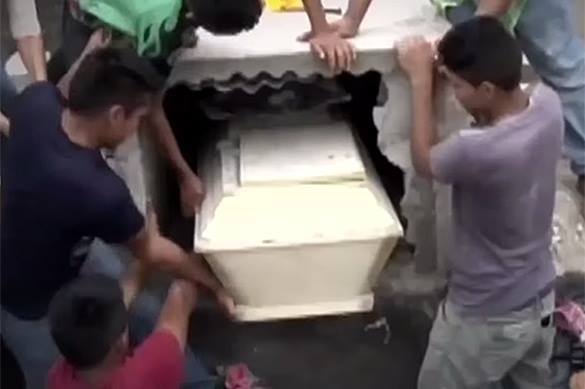 Yet another incident happened in Honduras. A 16-year-old pregnant girl was buried alive. Neysi Perez got sick as hearing gun shooting near her house. The parents found her foaming at the mouth, and called for a local exorcist instead of a doctor. Believing she got possessed by evil spirits, an exorcist performed a ritual, after which she fainted. Being lifeless, the parents decided to bury her.

Neysi was buried in her wedding dress, as she had got married some months before. When her husband Rudy Gonzales came at the cemetery the next day, he heard noise and banging from inside the coffin. However, while the relatives were rescuing her, the girl died.

As her body was still warm, and hands were bruised, the doctors concluded that she had been buried alive.