Explosion at the US base in Japan 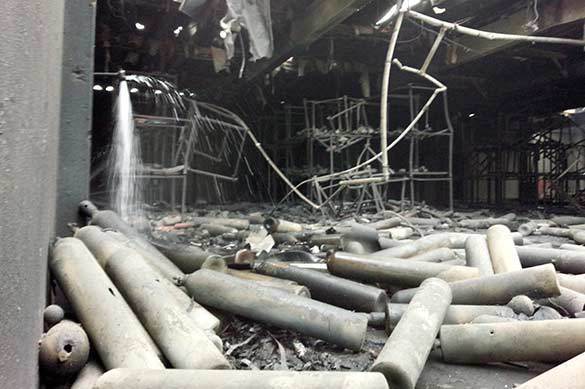 Large fire has been put out at the American military base in the Japanese city of Sagamihara.

The explosion was fired at the base at 01.00 a.m. local time. No reports about injured have been made so far.

One-storeyed warehouse of 900 square metres is completely burnt. The building belonged to the US military supply base, which is 40km south-west of Tokyo.

Oxygen containers are found at the site of the incident. The reasons are not reported. Details of the incident will be investigated by the Americans.