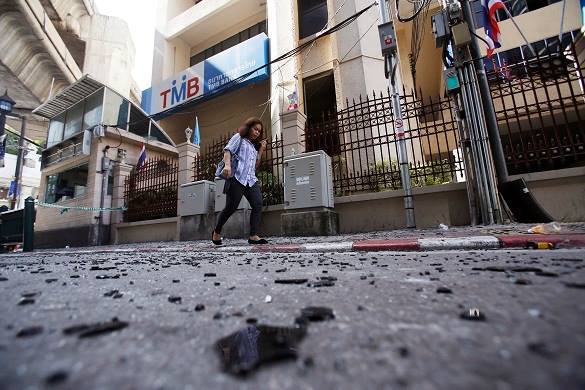 One more explosion has taken place in the Thai city of Bangkok.

According to the local police, there was an explosive low-power device.

This time there are no reports of victims, as an unidentified man who noticed the device, managed to throw it in the canal from the bridge in the city centre.

"If it did not fall in the water then it certainly would have caused injuries," Colonel Natakit Siriwongtawan, deputy police chief of Klongsan district said.

Pravda.Ru reported, that the Muang Thai Marathon should take place in Bangkok August, 23. Now, the marathon is under the threat of failure because of a string of blasts during the last two days.