Planes keep up falling down. Beech M35 crashes in US 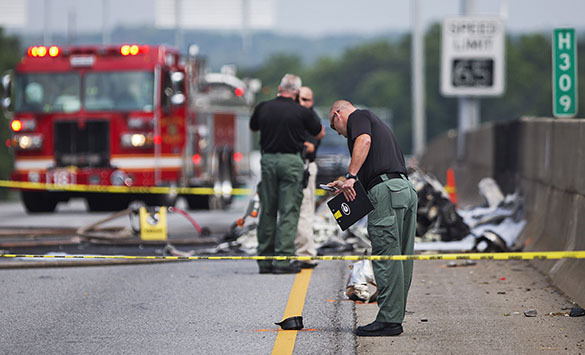 The six-seater was found in flames in the rural field. Four persons were reported to be on board.

Pravda.Ru reported on the catastrophe in the American city of Riverside, California the day before. Single-engine aircraft Beechcraft BE35 was also found in flames in the home's backyard. The only person on board - pilot of the aircraft died. The fire brigade managed to douse the flames. Dwellers of the house came out unscathed.

A month ago a single-engine aircraft crashed in Pennsylvania, falling down onto a private house in Plainville. The pilot and two passengers were killed in the catastrophe. The house owners got injured.

Also read: One of Titanic creators dies in air crash