Planned Parenthood Federation of America is a non-profit organization, that should provide reproductive health and maternal and child health services. 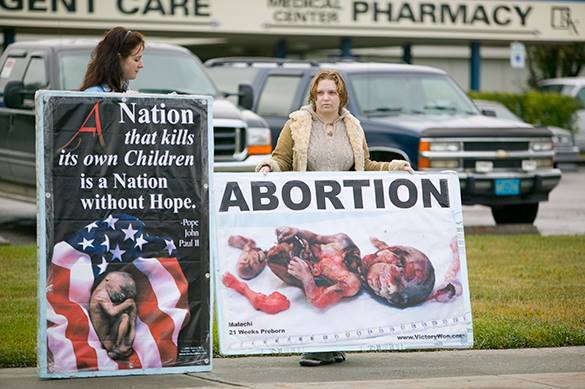 However, the Federation was caught selling parts of the babies they abort.

The video shot by the Center for Medical Progress activists, who pretended to be the buyers has hit the internet.

Senior Director of Medical Services, Dr. Deborah Nucatola advised the clients how the procedure may be conducted.

'We've been very good at getting heart, lung, liver, because we know that, so I'm not gonna crush that part, I'm gonna basically crush below, I'm gonna crush above, and I'm gonna see if I can get it all intact. And with the calvarium, in general, some people will actually try to change the presentation so that it's not vertex... So if you do it starting from the breech presentation, there's dilation that happens as the case goes on, and often, the last step, you can evacuate an intact calvarium at the end,' Nucatola explains how the body parts can be left intact.

The price for the specimen is not quite high either, as Nucatola assured, "I would throw a number out, I would say it's probably anywhere from $30 to $10, depending on the facility and what's involved."

After the activists told Cecile Richards, president and CEO of Planned Parenthood that they do fetal tissue collection, and Ms Nucatola was very helpful, she said, "Okay great, thank you. She's amazing."

Partial-birth abortion has been illegal in the US since 2003.