IS suffers losses in Iraq, leaders flee to Turkey

The Iraqi military and police have managed to annihilate 60 terrorists of the IS during a special action. 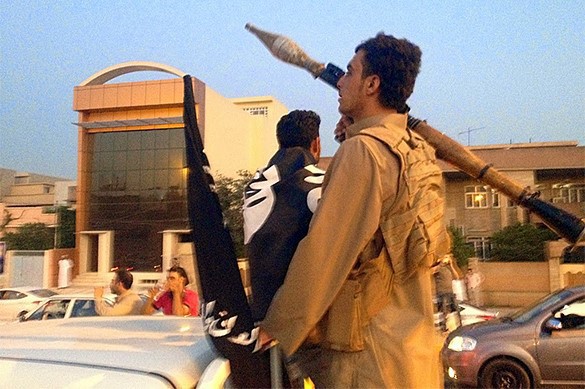 The Iraqi Ministry of Defence reported on 5 IS cars liquidated near the city of Ramadi, and 15 fighters killed. 15 more terrorists died in an attempt to attack the military. Two cars with machine guns were exploded.

The Iraqi Air Force undertook 58 flights. 29 extremists and military defences were destroyed with the attacks.

Leaders of the terrorist groups are reported to flee from the Iraqi city of Fallujah to Turkey.

Abdulrahman al-Namrawee, the head of a local council in Fallujah, claimed the commanders pushed their way through the western part of the city of Ramadi to Syria and then entered Turkey, as Iraqi security forces and the fighters of the Popular Mobilization units had surrounded the city.

On June 12, Turkish newspaper Today's Zaman revealed that Ankara allows ISIL terrorists to freely walk in the streets of the Akcakale border district in the southeastern Turkish province of Sanliurfa.