Obama laughs at question whom US bombs. Video

The US President Barack Obama had a rather dubious reaction to the question of an American program Daily Show host. 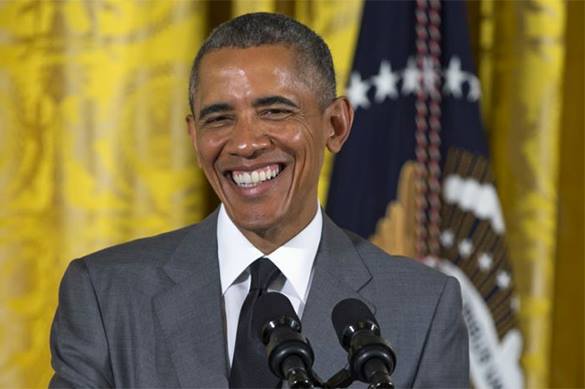 'Whose team are we on the Middle East?' the host asked during the interview, as the talk was going on the conflicts in Iraq, Syria, and Yemen.

Such a question was raised, because the US was arming the government forces at first, and then started air and ground operations against the countries. The host tied to learn how reasonable the tactics are.

In response to the question the US leader just laughed out.

Regarding those whom the US provides with weapon, and then bombs, these are the extremist ISIS groups, acting in Syria and Iraq. The so-called 'moderate opposition' trained by the US, was fighting for the Islamic State against the Assad regime.

Also read: Obama admits ISIL appeared because of US aggression in Iraq