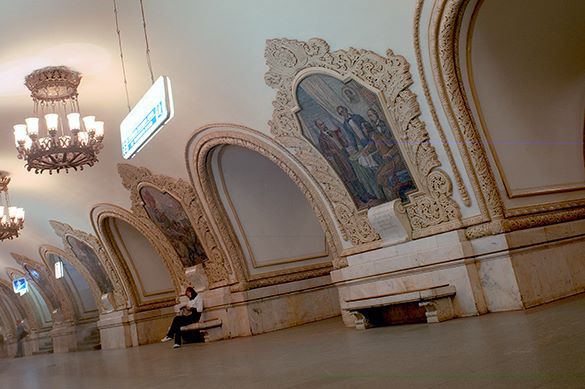 A 60-year-old Italian tourist got injured at the Moscow Metro Kiyevskaya station.

The woman tried to make a selfie, to shot picturesque frescoes, that decorate the station columns.

The station is lavishly decorated in the quasi-baroque style and commemorates the 300th anniversary of the reunification of Russia and Ukraine.

The woman took a short step and fell down from a 3-meter height.

Borki Rossella was hospitalized with allegedly a traumatic brain injury, as well as many other injuries.

Unfortunately, the number of people being obsessed with selfies, and trying to take a photo against an unusual scene is rising.