Self-driving Lexus SUV got involved in an accident in Mountain View, California. Lexus was rear-ended by another car. 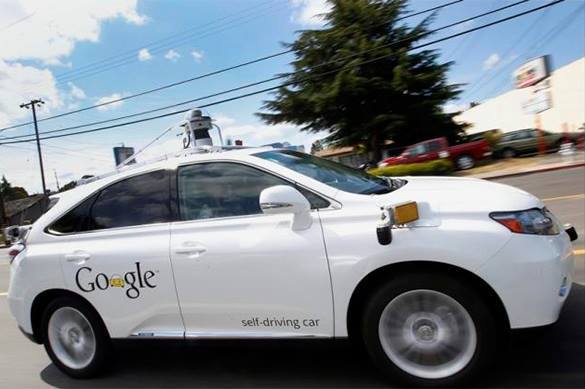 In total, 20 prototype cars are being currently tested.

However, according to the Californian laws, self-driving cars are not allowed on public roads, without a man behind the wheel. Thus, three employees were in the car at the moment, with one of them sitting in the front passenger seat and fixing details of the ride on a laptop.

All the passengers complained of minor whiplash. The driver of the other car has neck and back pain.

Google says, there have been 14 accidents in six years so far, none of them being caused by their car.

"The clear theme is human error and inattention," Chris Urmson head of Google's self-driving car program, wrote. "We'll take all this as a signal that we're starting to compare favorably with human drivers."

The Russian company KAMAZ is also going to create its own self-driving car under Cognitive Technologies soft. The investments may reach about 12 billion roubles.