Cops tase a girl because of epileptic seizures

A US citizen filed a lawsuit against Alabama police officers. The woman claims, that the officers tased her 16-year-old daughter during epileptic seizures. 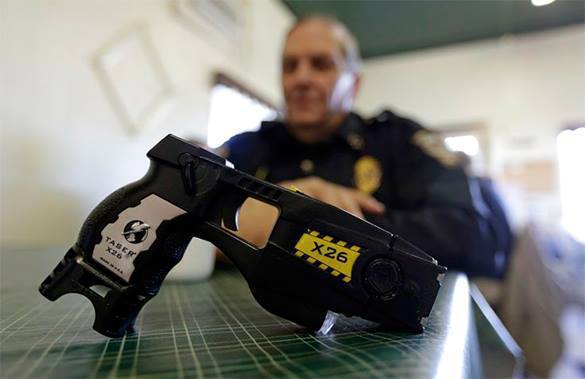 The officers handling security for a hip-hop concert, are accused of excessive force, torture "and other cruel, inhuman and degrading treatment."

The woman and her 16-year-old daughter, whose identity has not be disclosed, seek damages for pain, emotional distress, medical expenses, punitive damages and attorney's fees.

According to Gregory Harp, attorney for the plaintiffs, a "Taser was used three times on a child's chest, during a medical emergency, while she was pinned to the ground by officers. "

"Other officers present at the scene failed to intervene. Her mother was knocked to the ground, handcuffed, and then she herself tased and arrested."

As a girl had a seizure, she was carried into the lobby of the venue, where she was "unceremoniously dumped" on to the floor. By the time she suffered another convulsion, her mother had arrived, she said she wanted to help her daughter, but was restrained by police. According to court documents, the woman was "held down on the ground at five different points of her body" by police.

Rainbow City officer allegedly pushed the woman to her knees and held her hands behind her back. The lawsuit reportedly says that the officer told another cop, "Get her." After a moment of hesitation, the officer repeated, "Do it," and, according to court papers, the other cop used the stun gun on the woman. The Taser shock caused the woman "to urinate a copious amount of urine onto herself and the floor of the facility," the complaint cited in media reports, says.

When the daughter "attempted to raise her head," police officers and a venue employee restrained her, according to the court papers. The lawsuit says that an officer hit her with the stun gun three times at one point. The suit says, the teenager suffered yet another seizure "and was rendered unconscious." She awoke in an ambulance en route to a local hospital, according to the suit. At the hospital police allegedly made jokes about the girl, threatening to have her "committed to a mental hospital."

Her mother was meanwhile arrested for disorderly conduct and rushed to the county jail, the suit claims.