New York residents will have a possibility to consume dog meat in the city restaurants. 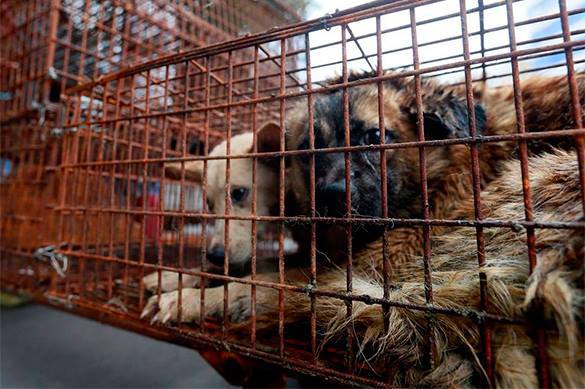 Such a permission has been provided for the Oriental American Cuisine Association of New York, after their arguing, that the ban violated their religious and cultural rights.

The organization now has a provisional permission to slaughter, sell and consume dog meat. All restaurants are allowed to slaughter as much as 35 dogs a week, given the canines are put down properly and humanely. The International Protection of Animal Safety called the court decision 'shocking' and claimed to fight it in court.

'We can not believe that such actions would be allowed on American soil. Dogs are precious and should not be used as food. We will not allow the courts to follow through with giving these savages permission to consume man's best friend,' stated Jonathan Olsen, the President of IPAS.

'It's important that if America stands on the premises of freedom of religion and culture, we should be allowed to consume what we want as long as it doesn't harm anyone,' said Xi Lui Wong, spokesman for IPAS.