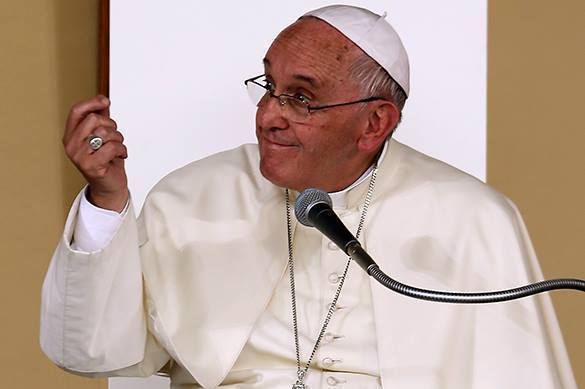 Pope Francis enjoyed drinking tea with coca leaves, camomile flowers, and anise seeds. The Pope needed to drink the beverage in order to feel better, while flying from Ecuador to Bolivia.

La Paz, the capital of Bolivia is situated 4,000 m high above the sea level, that affects its visitors.

The UN Convention on drugs claimed the coca leaves to be illegal in 1961.

However, the Bolivian authorities allow to consume them for religious and medical reasons.

Some tribes chew them to depress appetite, and generate energy surge.

Culture Minister Marko Machicao claimed, that the pontiff had requested the coca leaves, natural source of cocaine, before his arrival.

Also read: Ecuador to legalize all drugs - from marijuana to heroine