Phuket island to collapse because of drought

The Thai mass media is concerned of a catastrophe that may come. Local meteorological services report that the island of Phuket, which is the largest island of Thailand will face an extremely dry weather in just ten days. 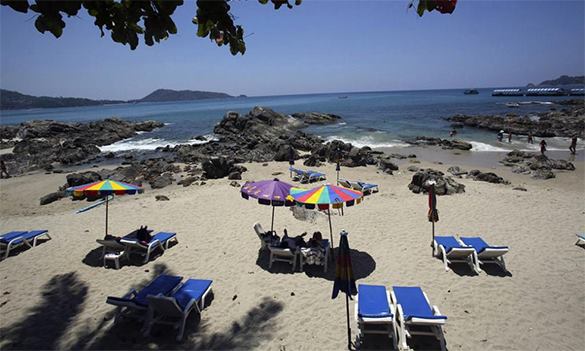 The island, which is known as a real paradise for tourists has already faced problems related to water supply. Hot weather along with absence of the necessary precipitation caused the situation, when the water supply in some parts of the island worked up to only 10 percent of its power.

"In case there is no rain in ten days, the whole island will be left without running water," Thavorn Jirapattanasopon, Deputy Mayor of the city of Phuket states.

Pravda.Ru has already reported on the changeable weather that the residents of the island should put up with. In March this year the jungles in the mountains of Phuket had a drought that made the island to turn into a so called "planet of monkeys." A great number of animals came down to the urban area in order to look for some water.