US media ridicule Obama for his 'success' in Yemen

US media no longer believe that the country is successful in its anti-terrorist operation in Yemen. Many US-based publications have published countless ironic notes ridiculing the White House rhetoric about the productivity of actions of the American army in the troubled country. Noteworthy, the head of Yemen, whom the Obama administration supported, had to flee the country by boat, Pravda.Ru says. 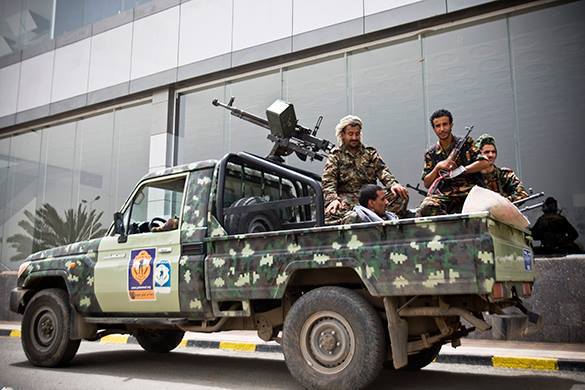 In addition, the White House has recently recommended Americans not to travel to Yemen and urged all US employees in Yemen to leave the country.

The New York Times, for example, wrote that Obama's statements about the success of the counter-terrorist operation in Yemen were "absurd."

Adam Taylor of the authoritative publication The Washington Post said that the remarks about USA's success in combating terrorism in Yemen were "far from reality."

Even when Yemeni President escaped from the country, White House spokesman Josh Earnest told reporters that the White House still believed in the success of the strategy to combat terrorism in Yemen, Pravda.Ru reports.

Read article on the Rusisan page of Pravda.Ru