Explosion rips through Donetsk mine - over 100 likely to be killed 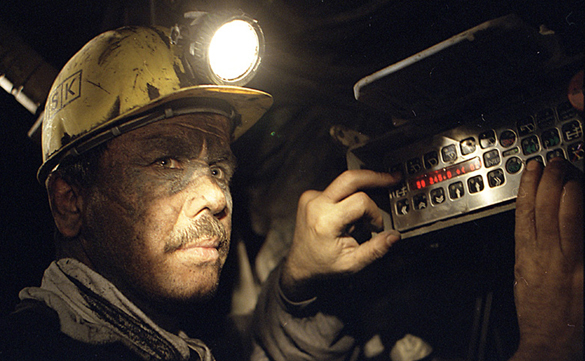 According to most recent information, 32 people were killed. Pravda.Ru asked Director of the Donetsk Center of political analysis and technology Sergei Baryshnikov to share more details about the tragedy at the Donetsk mine.

"This is very sad news, of course, but such tragedies have occurred there during the Soviet times too. They did not stop during 23 years of the Ukrainian period, and they continue today. The depth of layers in the mine reaches one kilometer. The deeper the bowels, the more methane gas there is there. Apparently, it was another incident that sparked a fire," Sergei Baryshnikov told Pravda.Ru

As many as 207 people were staying under the ground at the moment, when the explosion occurred. The fate of 40 people remains unknown. Five people managed to escape to safety; they suffered burns of varying severity. Rescue teams of the People's Republic of Donetsk arrived at the site of the disaster.

In Soviet times, the expert said, security was most important. Presently, however, commercial interests take the lead. "Interestingly, miners are not interested in observing safety rules, because they would need to interrupt their work every now and then. Unfortunately, this is a dismal and cyclical nature of Donbas coal disasters," Sergei Baryshnikov told Pravda.Ru.