French experts arrived in Moscow today to participate in the investigation of the crash that occurred yesterday, October 22, at Vnukovo Airport. There are six people in the delegation, including a representative of the manufacturer of Falcon aircraft. Meanwhile, investigators already have comments from the driver of the snow removing vehicle, with which the French aircraft collided during takeoff. 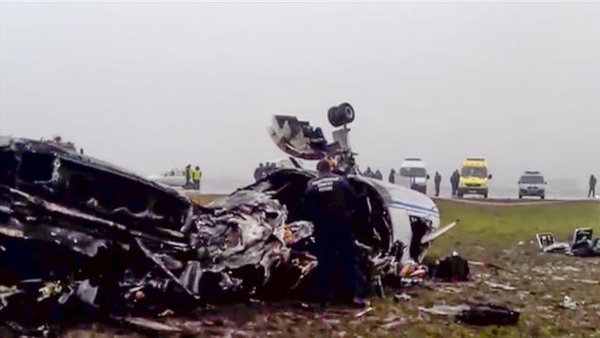 The driver's answers surprised not only law enforcement officers, but also all, who watched the video of his interrogation. The driver, Vladimir Martynenkov, 60, has been working at the airport for ten years.

"I did not notice the moment when lost the landmark and drove onto the runway," the man said. An affirmation like that for an experienced airport employee sounds ridiculous and creepy.

Representatives of the Investigative Committee of the Russian Federation said yesterday that the snowplow driver was drunk, which was a shocking statement as well. The driver had passed through compulsory medical examination the day when he came to work, as part of the routine process. The driver's lawyer said that his client did not drink alcohol at all due to a chronic heart disease.

It was also said that the flight control officer, who was servicing the French plane, was a trainee. As for the pilots of the crashed aircraft, experts rule out such a possibility saying that the pilots could not avoid the collision.