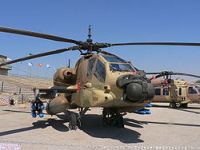 Another school used by refugees to escape the fighting has been hit by Israeli forces, who fired several tank shells into the midst of screaming women and children, murdering an estimated 15 people and injuring a further 90, according to the Palestinian Health Ministry.

The school is situated in the Jebaliya Refugee Camp in Gaza, where several hundred Palestinian civilians were trying to escape from the escalating violence. Two classrooms and a toilet were destroyed by the tanks.