Russian tourists were killed Tuesday in a traffic accident in the Indian state of Uttarakhand in the north of the country, India Today reports. The bus, in which the tourists were traveling, skidded off the road and fell into the river. 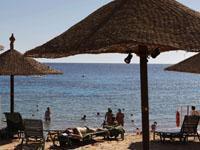 The police of India confirmed that two Russian citizens died and one was missing, RIA Novosti reports.

"For the time being, the police do not confirm the death of 13 people, only two deaths have been confirmed. One person is missing," said the agency.

"The tragedy has just happened, and we maintain contacts with local rescue services and local police," officials said.

Noteworthy, it was previously reported that at least 13 or 14 people were killed in the accident.

In the bus, there were at least 13 Russian tourists. The tragedy occurred at around 14:00 local time (about 12:30 MSK), as the bus was traveling on Rishikesh-Gangotri highway, Indian media reported.