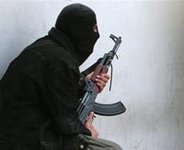 As many as four men ambushed Bhatti, a leader of Pakistan's Christian minority, as he left home without a security escort, Geo television reported, citing a police official, Bin Yamin. Bhatti was dead when brought to the city's Al-Shifa Hospital, the institution's spokesman, Azmatullah Quraishi, said by telephone, according to Bloomberg.

Human rights campaigners reacted with anger and dismay to the death of Bhatti, calling it a further sign of crumbling tolerance that highlighted the chronic failure of President Asif Ali Zardari's government to safeguard liberal voices.

"Shahbaz Bhatti was one of the few people in the government who took a brave and principled position on the blasphemy law. It appears like Salmaan Taseer before him that he has been killed for espousing this position," said Ali Dayan Hasan of Human Rights Watch, The Guardian reports.