A NATO air strike has destroyed two fuel tankers hijacked by Taliban insurgents in northern Afghanistan, with civilians among scores of casualties. 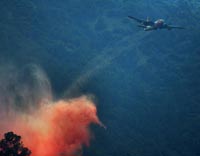 Mahbubullah Sayedi, a spokesman for the Government in the Kunduz province, said about 90 people were killed - mostly militants.

The NATO-led International Security Assistance Force (ISAF) said the strike killed a ''large number'' of militants, and it was investigating reports of civilian casualties, AFP reports.

"According to the information available to us there have been no civilian casualties," Dienst told reporters in Berlin. "Had civilians been present, the air strikes could not have been called in."

The NATO chief also vowed to conduct a thorough probe into the air bombing, and Afghan President Hamid Karzai decried the attack, saying "targeting civilians is unacceptable to us."

But Navy Lt. Cmdr. Christine Sidenstricker, a public affairs officer, said NATO warplanes destroyed the two tankers after determining that there were no civilians in the area, New York Daily News reports.