Jessica Simpson is the latest celeb rumoured to be guesting in Paula Abdul’s slot on American Idol. 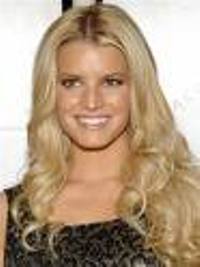 However the star has quickly shot down reports with her rep saying the only reality show Simpson will appear on is her own VH1 show The Price of Beauty , MTV UK reports.

Shania Twain will have a guest spot on the judging panel of the next series of American Idol, it has been reported.

The singer will join permanent judges Simon Cowell, Kara DioGuardi and Randy Jackson in choosing who makes the cut in the singing competition.

Paula left the show after reportedly failing to come to a contract agreement with the show's producers ,The Press Association reports.

If anyone could replace Paula Abdul's special brand of crazy on American Idol, it's Jessica "Chicken of the Sea" Simpson.

But sadly, despite reports of the contrary, the former reality TV star has no interest in taking over Adbul's role as an Idol judge/wacky sound bite dispenser.

On Monday, the New York Post's Page Six reported that Simpson's father/manager Joe was pushing Idol producers to consider his daughter for the now-empty judge's seat. But Simpson's rep is denying reports that the recently dumped starlet is in talks to replace Adbul , Canada.com reports.