Michael Jackson to be Buried on His Birthday

The late star’s father Joe Jackson claims Michael – who died on June 25 following a suspected cardiac arrest – will finally be laid to rest on August 29, which would have been his 51st birthday. Joe revealed the service will take place at 10am at Los Angeles’ Forest Lawn Memorial Park. 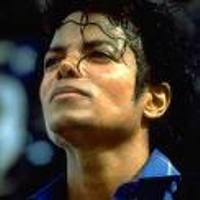 Michael Jackson to be Buried on His Birthday

The 80-year-old music executive, who had a difficult relationship with the singer following claims he mistreated Michael as a child, will attend the ceremony next weekend before heading to Las Vegas to pay tribute to his son , The Times reports.

Jackson 's body is believed to lie in a refrigerated room at the cemetery.

He died on June 25, just weeks before he was to start a season of 50 comeback concerts in London.

A star-studded memorial gala was held in Los Angeles a fortnight later, with Jackson's casket on display at the front of the stage.

Its whereabouts since has not been publicly disclosed.

Merchandise, endorsements, Graceland visits and even his own radio show - on top of music and DVD sales - have ensured that Elvis earns more than any other dead celebrity, and many living ones for that matter.