Shrine to Build to Pop King

Drug police have searched a Las Vegas pharmacy as part of the investigation into the death of Michael Jackson. 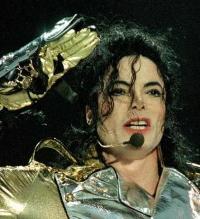 Shrine to Build to Pop King

But the Drug Enforcement Agency (DEA) would not say if the search of Applied Pharmacy Services was linked to Jackson's doctor, Conrad Murray.

DEA Assistant Special Agent Michael Flanagan said: "We're assisting the DEA LA and LAPD in their ongoing investigation. So this is another part of that investigation." , BBC News reports.

Michael Jackson's father said he supports building a shrine to the pop star along the lines of Neverland Ranch in Las Vegas, where Jackson lived for several years.

Joe Jackson told E! that his son has not yet been buried but that he would like to see Jackson memorialized in Las Vegas with some sort of facility like Neverland, Jackson's compound in Santa Barbara County.

"We wanted to make sure that everyone [who] wanted to be there could be there," New York Post quoted Shawn as saying on CNN's Larry King Live , Times of India reports.