Michael Jackson's mother filed court papers in Los Angeles County Superior Court on Tuesday, accusing the temporary administrators of his estate of "keeping her in the dark" about the state of his affairs.
Katherine Jackson's actions are the latest sign that a battle is brewing over control of the pop star's music empire , Los Angeles Times reports. 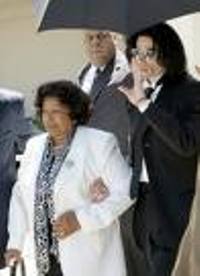 However, Michael Jackson 's will was the subject of a deposition being sought by Katherine because she alleges Branca has yet to turn over her son’s AEG Live contract to her.

A source close to the situation says "the court put off Mrs. Jackson's request to take depositions," and that no further discoveries can be made until August 3 , Radar Online reports.