After what seemed like the most contentious, bitter, gnarly breakup in recent Hollywood memory, Hulk Hogan and his wife have finally reached a settlement in their divorce case. 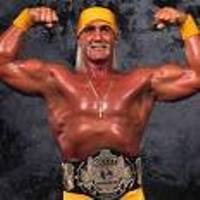 The 55-year-old celebrity wrestler -- real name: Terry Bollea -- said in court Tuesday morning that he and Linda have agreed to the terms of the split , MiamiHerald.com reports.

Both say they want to put aside months of bitterness and get on with their lives. They and their attorneys had clashed over money and Linda Bollea allowing her boyfriend to drive the couple’s vehicles.

Linda said after the hearing that “the war is over.”, Fort Wayne Journal Gazette reports.

However, it was back in 2007 that Linda Bollea decided to divorce from Hogan, only a little while after their son, Nick, was in a car crash that injured one of his friends. Mercurynews.com states the Hogan became increasingly upset after Linda quickly reverted to dating—and with a man about 20 years her junior. Hulk has come off the whole ordeal with a more positive attitude, saying, “When you’re married to someone for 23 years, you hope for the best . . . we just got torn apart.” , TheCelebrityCafe.com reports.