Sony Music boss Tommy Mottola says that there are unreleased Michael Jackson’s songs that go back decades, and the first of them managed to sneak out onto the Internet. TMZ found and posted a snippet of a song called "A Place With No Name," which borrows heavily from America's 1971 hit "A Horse With No Name." Jackson shared a manger with the band in the late '80s and early '90s, though it's unclear when the song (which sounds like a fairly rough demo) was actually recorded , MTV.com reports. 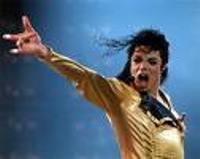 “A Place With No Name” is remarkably similar to the 1972 America hit "A Horse With No Name." According to TMZ, the band gave their blessing to Jackson's revamp. There is no information at present about when the song was recorded , Entertainment Weekly reports.

"What we have seen happen in the last three weeks is that the albums that are out here right now are selling in amazing numbers," Jim Henke, curator of the Rock and Roll Hall of Fame, told "Good Morning America." "I think we are going to see amazing interest in any released Michael Jackson material that will come out in the future or a year from now on."

Jackson died June 25 of apparent cardiac arrest at his rented Los Angeles home. Since his death, his albums and singles have rocketed to the top of the charts once again , ABC News reports.