One Killed in Madonna Stage Collapse

At least one person is dead and seven injured after a portion of Madonna's "Sticky and Sweet" stage set collapsed Thursday in Marseilles France, according to French police. 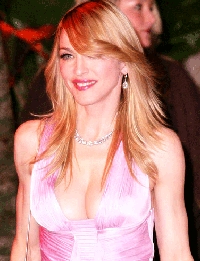 One Killed in Madonna Stage Collapse

"I am devastated to have just received this tragic news," the singer said in a statement Thursday through her spokesperson Liz Rosenberg. "My prayers go out to those who were injured and their families along with my deepest sympathy to all those affected by this heartbreaking news," People Magazine reports.

According to CNN the accident occurred at the Velodrome in Marseille, France, where Madonna was scheduled to perform on Sunday as part of her Sticky and Sweet tour; the show has been cancelled. "At this point we don't know how it happened, but we are confident no one else is still under the rubble," a French police officer said, Entertainment Weekly reports.

The cause of the accident was not clear.

"Since it did not collapse right away, that allowed several people to get out, to avoid being hit," he said.