Woman bit to death by her neighbor's dogs in US 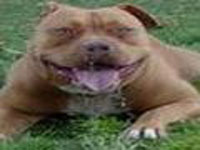 Woman bit to death by her neighbor's dogs in US

By Margarita Snegireva. Police were called to a house in Yermo at 9:30 p.m. Tuesday, the Sheriff’s Department reports. 45-year-old Kelly Caldwell was lying in the street. She died in the hospital some time later.

Police said she was attacked by three dogs that ran to a nearby house when authorities arrived.

One dog was shot to death by deputies when it returned to the scene and acted aggressively as paramedics were trying to save Caldwell's life.

A second dog was shot to death Wednesday morning when it, too returned. Deputies say it became aggressive as an animal control officer was trying to capture it.

Authorities say at least one dog belonged to a neighbor. No arrests were immediately made.