Fire investigators will find out the reason of a blaze that killed 15,000 ducks owned by the largest U.S. producer of foie gras. 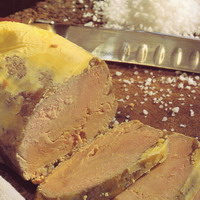 The fire broke out late Tuesday night at a three-story warehouse rented by Hudson Valley Foie Gras, one of just three producers of specialty duck livers in the United States. The fire destroyed the structure. Firefighters had to truck in water because none was available at the property in rural Sullivan County.

Investigators believe the blaze started in a garage and jumped to the main building where thousands of breeding ducks were housed. All died in the fire.

The company was the target of a lawsuit filed by animal rights activists who say the practice of force-feeding ducks to enlarge their livers is cruel. A state judge dismissed the lawsuit in May.

The Humane Society of the United States has filed a series of legal complaints against Hudson Valley Foie Gras. Farm operators have called the advocates' complaints meritless.

California is banning force-fed foie gras starting in 2012 and Chicago in August banned foie gras sales. Similar bans have been proposed in other U.S. states and cities.