The governments of many countries recommend their citizens to be highly careful during tourist trips to Russia. In some countries, tourists are advised not to go to Russia at all. 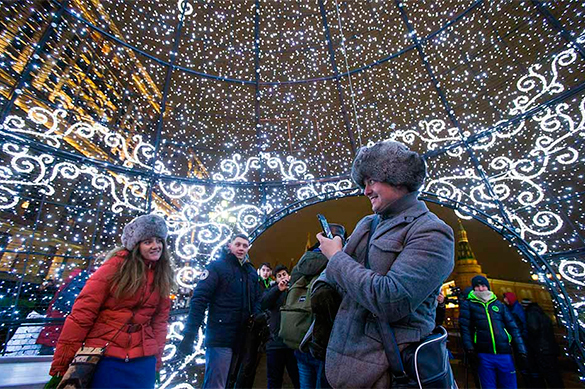 In China, officials advise tourists to watch out for ticks in the Urals. In Ireland, people are warned about ice on the roads, whereas the authorities of Canada recommend tourists not to drink with strangers. Australian Foreign Ministry recommends not to chat with Russians on the Internet, as new acquaintances may try to obtain money for a would-be trip to Australia that may never materialize.

The Chinese are advised not to travel to Russia on April 20, Adolf Hitler's birthday, not to fall victims of neo-Nazis. The authorities of Canada recommend tourists not to make friends with Russians in bars and to keep an eye on their food and drinks. Canadian officials fear that Russians may add psychotropic substances to food or drinks to rob tourists from Canada.

Officials with the Foreign Minister of Ireland recommend tourists to wear non-slippery shoes for traveling to Russia in winter.

Chairman of the Committee for Inbound Tourism, Alexander Kurnosov, noted that such messages may stop about ten percent of tourists from traveling to Russia.

It is an open secret that the Western perception of Russia has little to do with reality. Unfortunately, many foreigners think of Russia in the context of the powerful media propaganda and cold war dogmas. Many Russians who were born in the Soviet Union are amazed at the hypertrophied patriotism of American citizens and their poor knowledge of history.

It's unpleasant to realize that foreigners think nonsense about Russia and its people. Unfortunately, this nonsense and rumors form the reputation of our country and citizens abroad. The cult of matryoshkas, ushankas (hat with earflaps), balalaikas and bears is ineradicable in the minds of most Americans.