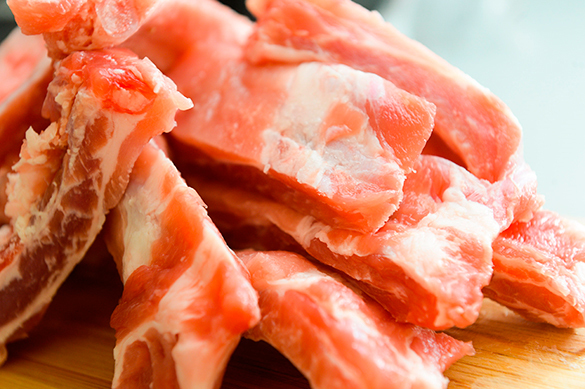 The scientists tested over 100 various meat products of UK farm origin, including sausages and minced meat, and detected a methicillin-resistant Staphylococcus aureus (MRSA).

Drug-resistant strain of Staph kills thousands of Americans annually, and has become more prevalent throughout continental Europe over the past few years.

Dr. Des Walsh, Head of Infections and Immunity at the Medical Research Council, which helped fund the research, expresses concern about this finding. "Studies like this are crucial not just to reveal concerns to human health through contaminated livestock," he said, "but to show resistance to antibiotics is a problem growing far beyond just humans. To win the fight against antimicrobial resistance, we need an all hands on deck approach, and that's why we've teamed up with leading experts in biological, social and others sciences in a joint initiative designed to find new solutions, fast."

The presence of LA-MRSA CC398 in the human food chain demonstrates in addition to the established risk through direct contact with animals a possible further pathway for the transmission of antimicrobial resistance from livestock to the broader human population, and not just via those with direct contact with farm animals.

According to the Centers for Disease Control and Prevention, signs of MRSA infections are often confused with spider bites, as the skin tends to redden, swell or feel painful in areas where there are cuts or sores.