US children hooked on antipsychotic drugs

According to a new research, conducted by Columbia University, the number of children and teenagers being prescribed antipsychotic medicines is rising. 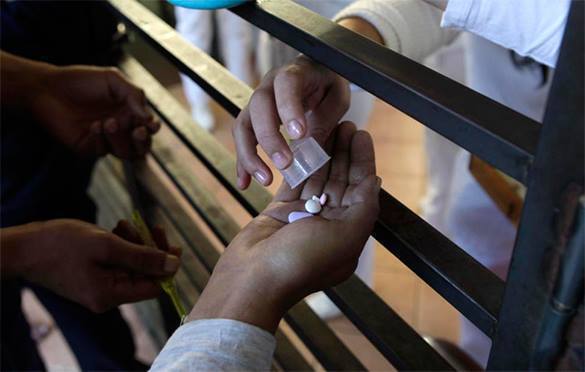 Young population, taking the medicines by themselves is also on the rise.

Dr. Mark Olfson, research psychiatrist at Columbia University and lead author of the study, indicates that the teens are using antipsychotic medications to treat conditions such as Attention Deficit and Hyperactivity Disorder (ADHD), for which those antipsychotics are not approved.

With approximately 74 million children in the United States, those small percentages still mean a large number of children on these medications.

Though antipsychotics are approved in the United States for the treatment of psychotic conditions including bipolar disorder, Tourette's Syndrome, and schizophrenia, the most common reason for children 18 and under to take the antipsychotics is ADHD, the study found. The ADHD diagnosis accounted for about 53 percent of prescriptions for younger children, 60 percent for older kids, and 35 percent for teens.

"This is concerning because evidence of antipsychotics' efficacy for treating a number of behavioral health disorders is lacking," advised Meredith Matone, a research scientist with PolicyLab at the Children's Hospital of Philadelphia.

What may be more alarming is that there is increasing evidence that ADHD may not only not be the epidemic that some are claiming, but may not even be an actual condition.