The percentage of middle-aged Americans who are obese hasn't increased much over the past 10 years after several decades of skyrocketing growth, an indication that America's obesity epidemic is finally starting to level off, according to a landmark government analysis released Wednesday. 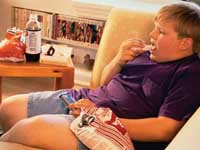 Extra weight increases the risk of diabetes, heart disease, some types of cancer and other health problems. Americans who are obese cost the country an estimated $147 billion in weight-related medical bills in 2008.

Obesity was relatively stable in the U.S. between 1960 and 1980 when about 15% of people fell into the category, and then it increased dramatically in the '80s and '90s.

The new research shows the leveling off of obesity for women and children over the past few years. For this study, experts compared weight trends in adults and children between 1999 and 2008 and published the findings online in the Journal of the American Medical Association:

•Overall, about 31.7% of kids are obese or overweight, compared with 29% in 1999, also not a statistically significant difference.

This analysis is based on data from the National Health and Nutrition Examination Survey, which is considered the gold standard for evaluating the obesity problem in the USA because it is an extensive survey of people whose weight and height are actually measured rather than being self-reported.

Obesity in adults is defined as a body mass index (BMI) of 30 or greater. Children are classified as overweight or obese based on where they fall on BMI growth charts.

Some other trends in weight:

•More black girls and Hispanic boys, ages 2 to 19, are overweight and obese than white children.