U.N. food agency announced Monday Afghanistan's cereal production has more than doubled in the six years since the fall of the Taliban government due to favorable weather and the development work of aid organizations 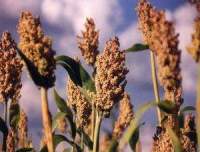 Despite continuing violence in the country, Afghanistan's cereal output is expected to reach 4.6 million tons in 2007, compared with 2 million tons in 2001, when a U.S.-led invasion drove the Taliban from power, the U.N. Food and Agriculture Organization said.

Although Afghanistan is nearing self-sufficiency, it will still need to import 700,000 tons of cereals in 2007-08 to cover its needs, with 600,000 tons being purchased on world markets and the rest provided as food aid, the Rome-based agency said in a statement.

Aside from several consecutive years of generally favorable weather, the statement also credited the increase on projects run by the agency, which employs 400 staff in the country, and by other aid groups.

The agency cited projects including the creation of an Afghan seed industry, restoration of irrigation systems and substitution of the country's huge poppy cultivation, which accounted last year for more than 90 percent of the world's heroin supply.