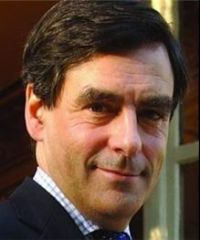 Fillon also announced plans to stimulate the economy that include a drastic trimming of the civil servants corps.

The government plans to inject EUR 10 billion (US$13.7 billion) to boost the French economy next year, along with public sector modernization and improvement in labor market mobility, Fillon told a news conference.

France will begin trimming the ranks of civil servants. It will not replace 22,700 civil servants who will be among those retiring in 2008 - nearly double the 12,000 who were not replaced this year, Fillon said.

The figure falls far short of the government's aim of replacing only one out of two retiring civil servants, or 35,000 to 40,000 workers. Fillon revised that target for 2012.

"Our goal is the return to a balanced budget at the latest in 2012," the prime minister said.

This target must be reached despite promised tax cuts and other measures expected to cost some EUR 10 billion in 2008.

Budget Minister Eric Woerth said that between EUR 350 million and EUR 400 million would be saved in 2008 by not replacing the 22,700 retiring civil servants.

Only three ministries, all priority areas for the government, will be spared cuts - Education, Higher Learning and Justice, where some 1,600 people will be hired, in part due to plans for nine new prisons.

Fillon told reporters that the 2008 budget is based on an inflation-adjusted growth rate forecast to be 2.5 percent and an inflation rate of 1.6 percent.

Commenting on the latest drop in unemployment, which fell to 8 percent in June, Fillon noted the rate was the lowest in 25 years but stressed that the government wants to reduce it further, to 5 percent by 2012.

The government's effort is up against the weight of France's debt service burden, which the prime minister said is rising due to higher interest rates.