Europe will establish an annual European Day against the death penalty on October 10 in its efforts to abolish capital punishment throughout the world. 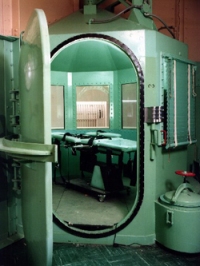 The joint declaration from the EU and the Council of Europe will formalize European support for the World Day against the Death Penalty on the same day, officials said.

Not only are EU and Council of Europe member states required to abolish the death penalty, but the institutions also actively fight capital punishment around the world by encouraging public debate and putting pressure on countries that still have the death penalty to abolish it.

"We Europeans are the number one advocate against the death penalty and for its universal abolition," EU Commissioner for External Relations Benita Ferrero-Waldner said in a statement. "And we will not rest until the death penalty becomes history in every country of the world."

Since 1994, the EU has allocated more than EUR11 million toward public awareness campaigns, studies on death penalty systems and legal aid for death row inmates. The EU has also filed "Friends of the Court" briefs on death row cases with the United States Supreme Court since 2001.

The declaration establishing a European Day against the Death Penalty is scheduled to be signed by the presidents of the EU and the Council of Europe on October 9 in Lisbon, Portugal.