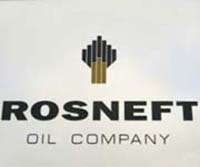 Rosneft said in a press release it booked a charge of US$332 million because of tax debts at its Yuganskneftegaz subsidiary, which it bought from the OAO Yukos oil company.

Rosneft has since acquired Yukos' main production assets and refineries. Yukos was crushed by billions of dollars in back taxes in a campaign observers say was aimed to punish the political aspirations of its jailed ex-CEO Mikhail Khodorkovsky and secure a stronger role for state companies in the oil sector.

Net income was also affected by a strengthening ruble and rising taxes, the company said.

"The decrease in ... net income in the first quarter of 2007 over the same period in 2006 was largely due to an increase in export duties of 23.8 percent and real ruble appreciation of 11.7 percent," the statement said.

Rosneft, which is a creditor of Yukos, said in a footnote to the earnings report that it expected to receive over US$10 billion dollars in June 2007 from the proceeds of the liquidation. That would appear as an approximately US$8.8 billion dollar gain before taxes in its second quarter results, Rosneft said. It said the money would be used to pay down a part of the billions of dollars in loans it took out with western banks to participate in the auctions.