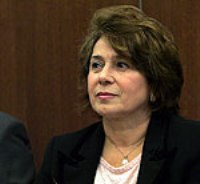 The unemployment rate in EU newcomer Bulgaria stood at 8.92 percent in March.

According to Minister Emilia Maslarova, 42,000 unemployed people will get professional education this year.

Bulgaria, a Balkan country of 7.7 million, joined the European Union in January.

The government has announced plans to cut the jobless rate to 8.6 percent by the end of the year, and to 8 percent in 2009.