General Motors Corp. will unveil a version of its Chevrolet Volt electric car this week at the Shanghai Auto Show that uses a hydrogen fuel cell to extend its range with zero emissions, a GM executive said Thursday. 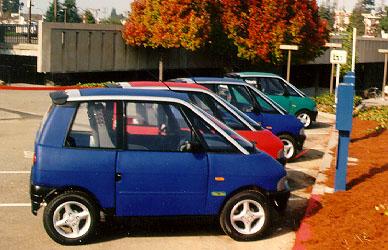 The experimental Volt is GM's leading entry in the auto industry's race to create a commercially viable electric car that can compete with the range and performance of gasoline-powered models.

The new Volt uses lithium-ion batteries that can be plugged in to charge and a fuel cell to recharge them on the road, extending its range to 300 miles (480 kilometers), said Lawrence D. Burns, GM's vice president for research.

Fuel cell vehicles run on the power produced when oxygen in the air combines with hydrogen that's stored in the fuel tank - producing only harmless water vapor.

GM has not set a date to start selling such cars but has begun production engineering, a process that can lead to sales within three to four years, he said.

A formal unveiling of the vehicle is scheduled for Friday.

An earlier version of the Volt, shown in January at the North American International Auto Show in Detroit, used a gasoline-powered motor to recharge its batteries.

Ford Motor Co. also showed an electric car in January at the Washington Auto Show that can use a gasoline engine or a hydrogen fuel cell to recharge its batteries.

GM plans to produce 100 of its fuel cell cars late this year or in 2008 and distribute them to members of the public in the United States, Europe and Asia for testing, Burns said.

A key challenge for public acceptance of hydrogen-powered cars is the availability of hydrogen at filling stations, Burns said. But he said companies are developing technology to produce hydrogen from natural gas and other sources, and growing anxiety about oil supplies and global warming should increase the appeal of such cars.

"We believe that if we can get the vehicle right, the infrastructure will follow," he said.