Gas-pricing group to be established 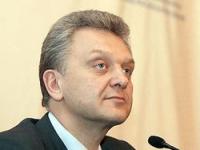 Gas-pricing group to be established

Europe and the United States have expressed worries that the gas exporters seek to establish a cartel along the lines of OPEC that would control production levels and pricing. Faced with the concerns, leading producers Iran and Russia have backed off talk of doing so at Monday's gathering here of the 16-member Gas Producing Countries Forum.

But Russian Industry and Energy Minister Viktor Khristenko said Monday the forum would create a group to look into pricing. "Russia is ready to be the one that will carry out research into the problem of price formation for gas," Khristenko said, according to the Russian Interfax news agency.

He did not say how such a group's operations would differ from those of a cartel, but Jonathan Stern, director of gas research at the Oxford Institute for Energy Studies, said Russia was genuinely interested in reviewing the way gas prices are calculated, rather than creating a formal price-fixing cartel.

"It makes sense for gas exporters to re-examine why the price of gas is linked to oil prices," Stern said. Gas prices in long-term European contracts are currently tied to oil prices.

Earlier Monday, energy ministers from Iran and Qatar denied that the talks were aimed at creating a gas cartel modeled on the OPEC oil exporters' group.

"I hate the name cartel. We are not a cartel," al-Attiyah told reporters on the sidelines of the meeting's opening ceremony. "We're just here to consider our interests."

Hamaneh added that "there is no discussion in this meeting about a cartel. The cartel is not an issue. We're here to exchange views on technical issues and on the markets."

Al-Attiyah invited natural gas importers to discuss these issues with the exporters, rather than protesting the two-day meeting in Doha and talking about possibly imposing new taxes and regulations.

"The West is reacting negatively," al-Attiyah said. "They should sit with us and discuss this with us before imposing any regulations on us or any new taxes."

After a short public opening ceremony, the gas producer's meeting went into closed session. On Tuesday, the gathering is expected to tour Qatar's sprawling natural gas export and liquefaction plants.

Many experts say a natural gas cartel that resembles the Organization of Petroleum Exporting Countries group would be tough to achieve.

Unlike oil, which is traded on an exchange that constantly updates the market price based on supply and demand, most gas is sold under tight contracts that allow buyers to lock in prices for up to 25 years.

The formation of a gas exchange also would be difficult because most natural gas is delivered via pipelines and is not as easily shipped around the world to different buyers as oil. Pipeline infrastructure also requires significant investment that often makes long term contracts necessary.

Talk of a cartel first arose in January, when Iran's supreme leader, Ayatollah Ali Khamenei, proposed Iran and Russia create one. Initially, the idea seemed to gain favor among producers.

Russian President Vladimir Putin and Qatar's emir agreed to explore the idea. President Abdelaziz Bouteflika of Algeria and President Hugo Chavez of Venezuela are also known to support creation of a cartel.

But it heightened worries in Europe, which relies on Russia for 44 percent of its imported gas.

Since then, producer countries have backed away from the idea. Khristenko said earlier that no documents on creating a gas cartel would be signed at the Doha meeting. On Saturday, Iran's OPEC governor, Hossein Kazempour Ardebili, said producers were only looking for closer cooperation to ensure international markets were securely supplied.

Natural gas supplies about 23 percent of the world's energy, making it the third largest energy source behind petrol, 36 percent, and coal, 26 percent, according to the Energy Information Administration.

Russia's growing clout as an energy supplier was demonstrated this year when it stopped pumping oil to Belarus and last year when it shut off gas supplies to Ukraine. In both cases European dependency was painfully exposed.

"The Russians would encourage (a cartel), but they don't want to be the first," said Dalton Garis, an American economist at the Petroleum Institute in Abu Dhabi. "They have a couple of bad marks against them with regard to gas supplies for Europe, and so they don't want to be perceived as moving in this direction."

But Russia would happily jump on board if the other countries led the way, he said.