The bankrupt Yukos oil company in the Volga River region of Samara will auction oil production and refining assets in a single block next month. 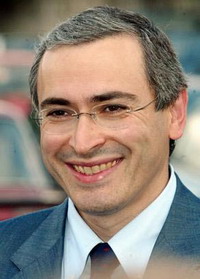 The lot to be auctioned in mid-May will include Yukos' Samaraneftegaz unit, one of OAO Yukos' largest remaining crude oil production assets, three oil refineries and other assets, Eduard Rebgun told Dow Jones Newswires. It will be sold off with a starting price of 154.97 billion rubles (about US$6 billion or 4.5 billion EUR), Rebgun said.

The planned sale follows a series of controversial auctions aimed at liquidating the company, which was driven into bankruptcy after it was hit by billions of dollars in back-tax bills.

Observers have said the tax campaign and the parallel jailing of billionaire former owner Mikhail Khodorkovsky were orchestrated to seal state control of Russia's hydrocarbons and punish a perceived political opponent to President Vladimir Putin.