Two leading retail industry associations have teamed up with the FBI to create a national online database that will help merchants to fight organized retail theft in the United States. 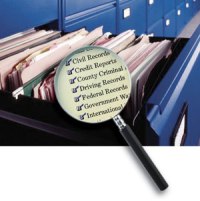 The database, scheduled to debut Monday with 40 retailers, consolidates efforts made by the National Retail Federation and the Retail Industry Leaders Association. Both organizations had launched their own password-protected online national crime data bases last year.

Previously, merchants had never shared information, so organized rings could hit various stores in one area without being detected.

In a statement, FBI Supervisory Special Agent Brian Nadeau, program manager for the FBI's Organized Retail Theft program, said that this tool "will create a stronger partnership between retailers and law enforcement to tackle a growing problem and disrupt criminal organizations."

Unlike average shoplifters who steal for themselves, those involved in organized crime steal the goods and resell to flea markets, pawn shops or on the Internet.

For a long time, LaRocca said that these cases were hard to crack because stores had been secretive about giving out information. And state laws have been weak on shoplifting. Moreover, shoplifting does not become a federal crime until at least $5,000 (EUR3,739) in stolen merchandise crosses a state line. U.S attorney general's offices don't prosecute unless the merchandise is worth $50,000 (EUR37,389).

With this tool, merchants will be able to remain anonymous. Retailers who log onto the secure Web portal choose which information about a crime they want to be made public, and do not have to identify themselves initially. However, stores have to at least provide basic information about the crime, including the date and time it occurred, the dollar amount stolen and the type of retailer involved, LaRocca said.

LaRocca said that NRF's data base, which was launched last June, has already made some inroads, collecting information on about 14,000 incidents, and identifying certain trends.

One of the early success stories, LaRocca said, was law enforcement's ability to tie two similar organized crime incidents that occurred late last year to two different retailers in Southern California to the same ring as a result of merchants' sharing of information. Law enforcement officials are working to crack the case, said LaRocca, who declined to identify the merchants.