Volvo says it will pay US$1.3 billion for Ingersoll-Rand's road development business

Sweden's AB Volvo said Tuesday it agreed to buy the road development division of Ingersoll-Rand Co. for US$1.3 billion (EUR987 million) in cash to boost its construction equipment business, particularly in the U.S. 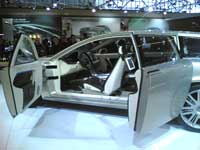 Volvo says it will pay US.3 billion for Ingersoll-Rand's road development business

Volvo, which also makes trucks, buses and engines, expects the acquisition to save it about 600 million Swedish kronor (US$85.2 million; EUR64.6 million) mainly within sales and distribution over five years, the company said in a statement. The transaction is due to be completed in the second quarter, subject to regulatory approval.

The deal also includes 20 dealerships in North America and distribution companies in Europe and Russia.

Henrik Breum, an analyst at Danske Bank, said the deal had good industrial logic, opening up for particularly technical as well as sale and distribution synergies, while also closing the gap within Volvo's product offerings.

"In terms of location of dealer networks it makes sense, and it adds distribution power on the North American market," he said.

Volvo estimates the global market for road construction equipment is worth about US$4 billion (EUR3 billion) a year and will probably grow as governments spend more money on infrastructure, reports AP.

The Ingersoll-Rand business, operated from Shippensburg, Pennsylvania, had revenue of US$864 million (EUR655.9 million) in 2006 and employs about 2,100 people.

Volvo shares dipped 2.3 percent to 565 kronor (US$80; EUR61) on a weaker Stockholm market which, in concert with other European exchanges, was pulled down by a lower Asian market.