Pirelli & C. SpA confirmed Friday it is open to selling part of its 80 percent stake in holding company Olimpia, which controls Italy's largest telecommunications operator Telecom Italia SpA, but said it had no deals yet. 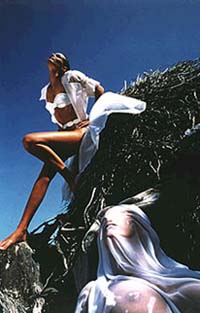 Pirelli CEO Marco Tronchetti Provera stepped down as chairman of Telecom Italia in September under criticism for his plan to spin off the fixed line and cellular units into separate business. Since then, there has been speculation on whether Pirelli, through its Olimpia holding company, would try to sell down its Telecom investment. Olimpia owns 18 percent of the former telecommunications monopoly.

Pirelli, a tire and real estate company, said in the statement Friday it has had contacts with interested investors, but had not yet reached any agreements. "At the moment, however, no understandings or agreement of any kind exist, even of a preliminary nature," Pirelli said.

The Italian government opposed Tronchetti Provera's plans to spin off the fixed line and cellular units, seeing it as a precursor to the sale of the TIM mobile unit the only 100 percent Italian mobile operator. Analysts and media speculated that the sale would have increased the dividend payment to Olimpia, which in turn would have helped it meet financial commitments, although Tronchetti Provera has denied that Olimpia needed cash, reports AP.

Turnaround specialist Guido Rossi has taken over as Telecom chairman, and the group is to present its new industrial plan in March.

Rossi, who scrapped the sale of mobile unit TIM, is focusing on the convergence of fixed line, media and mobile-phone services and is negotiating with Italy's regulator a plan for a new structure to redefine the local loop.