"The Da Vinci Code," the mega-selling thriller, does not infringe the copyrights of a book published in 2000 by another author because the books are not substantially similar, a federal appeals court says. 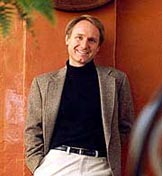 The 2nd U.S. Circuit Court of Appeals issued a five-page order this week which upheld the decision by U.S. District Judge George B. Daniels in favor of author Dan Brown.

Brown and Random House Inc. had asked the federal courts to declare that his story exploring codes hidden in Leonardo Da Vinci's artwork was not substantially similar to "Daughter of God," by author Lewis Perdue. Perdue had countersued, seeking $150 million (Ђ121.5 million) in damages.

The appeals court said it agreed with Daniels' conclusion that both novels tell a story based on religious and historical people, places and events but the factual details in each are quite different. The case never made it to trial because Daniels concluded that no jury "could find the works substantially similar."

The appeals court said it considered all of Perdue's arguments and found "them to be without merit."

A message left with a lawyer for Perdue was not immediately returned Thursday.

The ruling was issued Tuesday.

On April 7, a British court cleared Brown and his publisher of copyright infringement. Authors Michael Baigent and Richard Leigh had claimed Brown's novel "appropriated the architecture" of their 1982 nonfiction book, "The Holy Blood and the Holy Grail."