President Bush and his senior advisors Sunday sought to mark the third anniversary of the Iraq war with declarations of progress, but found themselves embroiled in renewed debate about whether the nation had fallen into civil war. 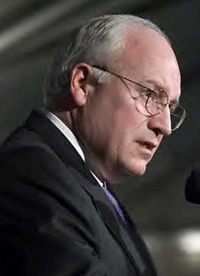 But those upbeat assessments faced sharp skepticism from U.S. legislators from both parties and from a senior Iraqi political leader, former interim Prime Minister Iyad Allawi, who has been a staunch American ally. They contended that Iraq was now in the midst of a civil war between Shiite and Sunni Muslims.

The issue of whether Iraq's sectarian fighting constitutes a civil war has taken on political significance. Polls have shown American support for the Iraq war dropping since the bombing last month of a Shiite shrine in Samarra led to widespread communal violence. Strategists in both parties have said that Bush will have a more difficult time sustaining support for the U.S. military presence in Iraq if the public believes that troops are caught in the middle of a civil war.

On a day of sweeping arguments from both sides, the most dramatic comments came from Allawi.

"It is unfortunate that we are in civil war," the former prime minister told the British Broadcasting Corp. "We are losing each day, as an average, 50 to 60 people throughout the country, if not more. If this is not civil war, then God knows what civil war is."

Allawi added: "Maybe we have not reached the point of no return yet. But we are moving toward this point. We are in a terrible civil conflict now."