Climate change may destroy coffee plantations around the world

The world may experience a shortage of coffee on account meager  precipitation, growing temperatures and the development of diseases, Bloomberg reports with reference to participants of the coffee market and researchers. As producers admit, the production of coffee has been declining for four years due to bad quality raw materials. At the same time, the demand on coffee beans grows all the time. 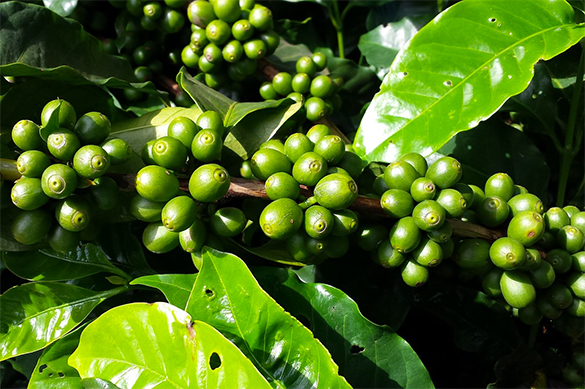 By 2050, to ensure stable supplies of coffee to all countries of the world, one will have to increase production 1.5 times at least. At the same time, coffee-growing territories will be halved by that time.

Geneticists are looking for unpretentious plants that will survive in changing climate conditions. A team of scientists from the World Coffee Research Center (WCR) selected 30 plants from 20 countries of the world. Seven of them were subjected to cooler temperatures and showed positive results in experiencing the change in temperature. The plants will be sent to different regions of the world - from Brazil to Guatemala for plantation.

Diseases make another serious problem that coffee faces. Several years ago, Roya fungus forced the government of Guatemala to declare a state of emergency after the fungus affected 70% of the crop.