Moscow will deliver the Su-35 fighters to Beijing of the same modification as for the Russian Aerospace Forces. Correspondingly, avionics will show information in Russian. 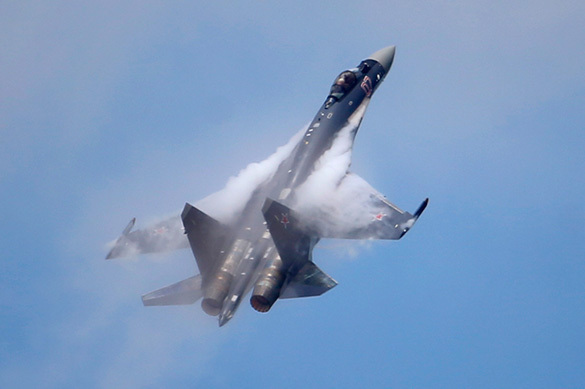 Givi Dzhandzhgava, Deputy Director General of the Radio-Electronic Technologies Concern (KRET), explained that after a number of consultations and negotiations the parties agreed that China would get vehicles as they are supplied for the Russian Aerospace Forces.

They will differ only by the Chinese BeiDou Navigation Satellite System which will be integrated. The Chinese People's Liberation Army expects to get the first Su-35 by the end of this year.

According to Dzhandzhgava, 'adaptation of the airborne equipment to national demands is one of the most important technical procedures. We have been working for the whole year to translate data in the cabin into Chinese. However, unlike Cyrillic and Latin script, hieroglyphs turned out to be extremely badly readable on liquid-crystal display.

All in all, the Chinese asked to let it be as it was. Moreover, pilots of the Chinese People's Liberation Army have experience of flights in the Russian Su-27, where the cabin is also not adapted to China and the Chinese pilots read on-board information in Russian'.