Russia's new IL-114 aircraft, totally of domestic production, to take off in 2019

Russia's first turboprop aircraft IL-114 will take off in the air in 2019. The delivery of the new aircraft that will be made with the use of Russian parts only will commence in 2021. 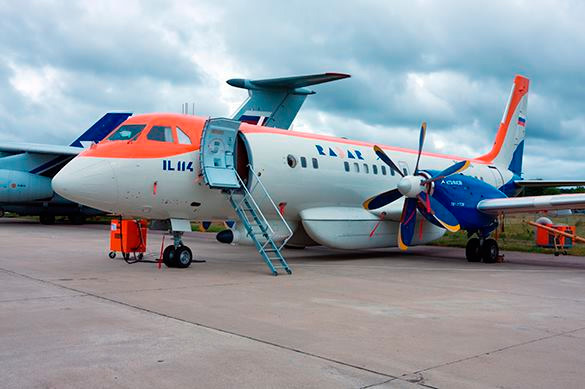 Also read: There is no competition to Russian Il-96 air tanker

"Originally, the aircraft was designed to have a large area of ​​the wing. It is also possible to install an additional fuel tank. As a result, the aircraft will be able to stay for more than ten hours in the air. It will not replace the Il-38, of course, but its peculiarities give the aircraft serious advantages," the official said.

The Il-114 will also be used to design medical, reconnaissance, patrol and anti-submarine aircraft.

The IL-114 was developed in the 1980s. About 20 aircraft were assembled in Uzbekistan. Today, the program for the production of IL-114 aircraft in Russia is expected to receive the funding of 50 billion rubles till 2025.